The Shack has just been released in Spanish. It is called La Cabaña. People we’ve heard from in the industry say this book may sell more copies among the Spanish speaking audience than it has in English. Well, I’ll be shocked if that happens. But I know a lot of people read this blog who are touching the Spanish-speaking audience, so I thought I’d let you know that it is now available from Windblown Media.

This week a Kansas City TV station just ran a feature story on THE SHACK. You can see it here

In a few moments I’m off to the Central Valley for some hang-out time with hungry brothers and sisters in the area on their God journeys. It should be fun. On the way back, I’m stopping in Visalia to do a book-signing at Costco. Imagine that? Not really my deal, but the manager there wanted to encourage the store to carry more faith titles and asked if I would be part of that. So we’ll so. I’m not sure how many people will show up for me to sign a book, but it should offer some fun conversations for those who do.

Finally, this is a week of celebration in the Jacobsen clan. Our two granddaughters had birthdays over the last week. Aimee turns 4 today and Lindsay celebrated her first birthday six days ago! What immense joy and pleasure the bring into our lives. Below they are celebrating together at their Princess Birthday Party. My daughter made the cake! 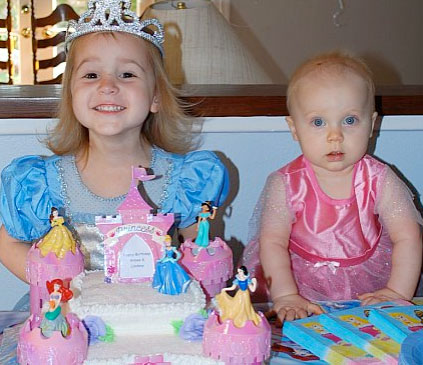 The Shack Movie: Caught Between Reality and Fiction

Is THE SHACK Heresy?

38 thoughts on “THE SHACK Is Released in Spanish”