Divorce Can Be a Triumph

No, this isn’t about Sara and me. Far from it, thankfully! But some conversations I had during my recent trip to Canada left me deeply affected by the pain others go through when they find themselves married to a bully. Divorce is always a tragedy, but that doesn’t mean it can’t be triumph as well, especially when someone has the courage to escape abuse from a spouse who beats or berates them.

I know people will misread that, and suggest I’m light on marriage. I’m not. I’ve been married thirty-seven years and I know that nurturing a life-long marriage of ever-deepening love requires an incredible amount of mutual service and personal transformation and it takes both partners wholeheartedly embracing that process. If only one wants it to work, and the other chooses to exploit that desire, serious harm can result.

As much as I embrace God’s ideal that true love can only be found where two people commit themselves to each other for life, he also realized that due to the weaknesses of humanity, there must be an escape for those who are truly being harmed in a relationship. The call of God is not just for a marriage to last a lifetime, but more importantly that the people involved learn to love each other deeply and find healing together in respect and honor for the other. I used to see life-long marriage as an obligation and anything less was a failure of commitment. But now I see real marriage as a miracle of two hearts staying true to the other, and am much more gracious when it fails. Certainly there is enough pain in a broken marriage, without us adding our shame and disapproval.

During my recent trip to Canada I found myself in lengthy conversations with several women who are in the midst of a divorce or considering it, having suffered repeated abuse at the hands of their husbands. I was amazed that they shared so openly with others and I admired their courage as they sought to hear God’s voice amidst the shame they felt first for being abused, and then for pursuing a divorce. My heart went out to them. Not only were they having to dig out from an abusive marriage, but also to somehow navigate the disapproval of their friends who wouldn’t understand their divorce.

I write this in hopes that I could dispel some of that shame for others. No one should have to live in the face of abuse, be it physical, verbal, or emotional. Marriage does not give any person the right to make their spouse the target of their rage. Every couple disagrees and even lapses into tense arguments at times, but abuse happens when the more powerful person bullies the other with physical violence, threats, or persistently assaulting the other’s dignity. When one treats the other as a possession, on which he can freely vent his rage or use fear as a tool to get his own way, the promise of marriage have been broken.

I know it isn’t just women who suffer this. A few years ago I sat in a room watching a woman emasculate her husband about her past disappointments in him that traced back for decades. She screamed at him in unfiltered rage as if he were a piece of garbage. All the while he cowered, staring down at the table before him. I wasn’t in control of this gathering or I would have stopped it. Everyone else in the room talked about it later as a great moment of honesty and healing, which shows just how blind people can be in these situations. When I reached out to the husband later, he told me how much he needed to hear it. You know the relationship is truly sick when the victim is so deceived that they feel they deserve the abuse.

Rage is not honesty; it’s violence, and submitting to it is not laying down your life, but simply becoming a doormat for someone else’s bondage. The husband was definitely the weaker one here, both emotionally and probably physically as well. He may have thought he was serving her, but he only enabled her bullying and you could see something dying in him in the process. If you are the weaker one in the equation, it is not laying your life down in love to let your partner devour you with anger. Only the more powerful one in a relationship can willingly offer up their life for the good of another. While the world needs more of that, it doesn’t need the powerless cowering before a bully.

My one regret of the past few years was not intervening in that moment on behalf of my friend. I was so dumbfounded at having been the target of her anger a few moments before with false accusations, and was a bit off-balance. I was hoping others in that room would intervene, and shocked they did not. How I wished I would have had the presence of mind in that moment to have stood up between them, grabbed her hands that were stabbing the air between them, and told her as gently, but firmly as I could, “I’m sorry, but you have to stop. You either need to forgive him or leave him. His failures don’t give you the right to beat him up for the rest of his life.”

Abuse survives in the dark, often with the complicity of others. Because the victim is afraid to talk about it for fear of retribution, or feeling so ashamed of herself, the abuse only grows. Abusers always blame their victim as the cause of their anger, and it is easy for many to believe. it. When anyone’s anger or contempt takes the liberty to dehumanize another person, that person has crossed the line from honesty to bullying and you do not serve them by quietly taking it.

The first time you are the victim of someone’s rage, strategically remove yourself from the situation. If it’s your spouse, let them know that you will not allow yourself to be treated that way. Encourage them to get help and let them know you will love them and support them as they deal with their inner brokenness. Don’t blame yourself for their actions, nor endure it again. If they refuse to get help, then a divorce may be in order.

This is when divorce is a triumph even if others will not agree or understand. Though they may heap shame on you for doing so, this is exactly why God give us the gift of divorce. Some relationships are too destructive to compel anyone to stay in it. Yes, I know some people misuse divorce simply because they don’t want to do the hard work of loving deeply, but that doesn’t mean there isn’t a legitimate time and place for it. God can lead people through divorce and give them a hope and a future beyond it. I want to stand with him as he comforts hurting people as well.

If society remains silent in the face of abuse, or blames the victim we become part of perpetuating it. Let’s learn to help and encourage those who take the risk to walk away from a destructive relationship, and honor them for doing so. We have to challenge those who think abuse is a normal outlet for anger. You don’t get to use your spouse as a punching bag. Love always protects the well-being of the other, and that’s as much her heart as her physical body.

And, yes, we can also find love for the abuser. Almost always rage comes from an inner place of brokenness that is devouring the perpetrator as well. They lash out in anger when they feel weak and powerless. If you’re one of those, walk away when your anger surfaces, rather than victimizing the people near you. And if you truly love the person whom you make the target of your rage, get help! Deal with the underlying causes of your inner torment that makes you go ballistic when you hurt. If you really care about your spouse, don’t blame her for leaving you, get the help you need so you can woo her back with a changed heart.

Divorce is tragic. Seeing the hope and promise of love succumb to the arrogance and demands of human flesh is a painful reality to everyone involved. But if it is the honest recognition that only one of us is trying to create a marriage here, and that person is being suffering abuse for doing so, then it can also be a triumph of a spouse’s courage in the face the worst thing that can happen in a marriage. Let’s celebrate that, instead of condemning it, and be an encourager for them in a painful process.

And if you have a spouse who takes your needs and dreams seriously, working with you to make the marriage all God wants it to be, now would be a great time to give them a hug and tell them how much you appreciate them. Not everyone is so fortunate. 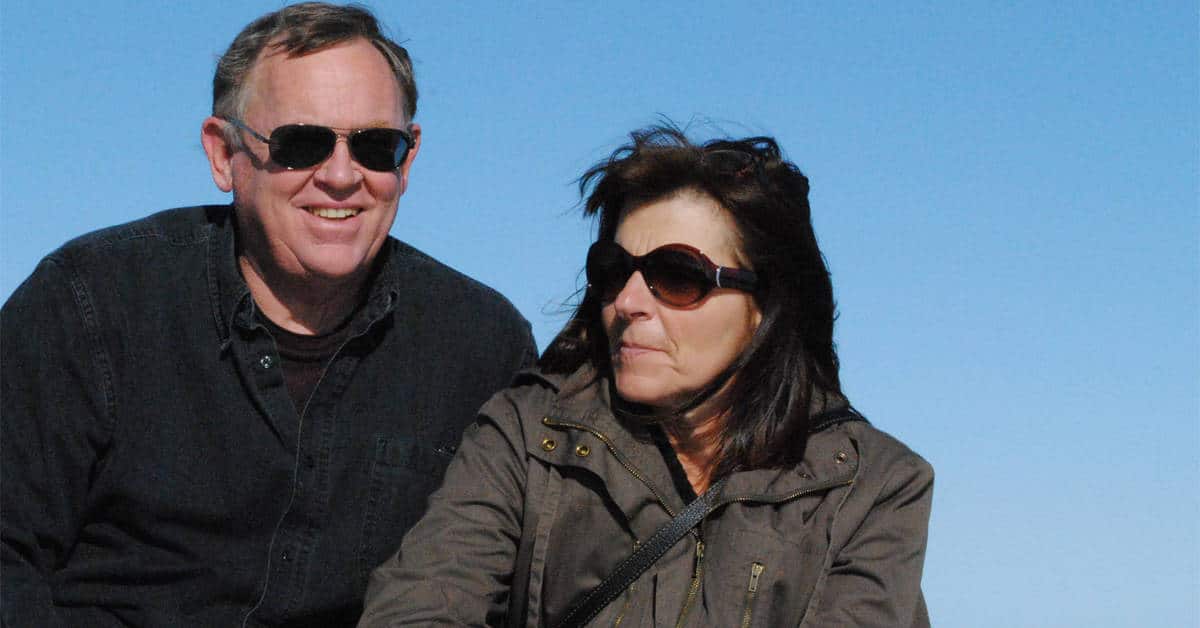 “My Worth As a Woman” 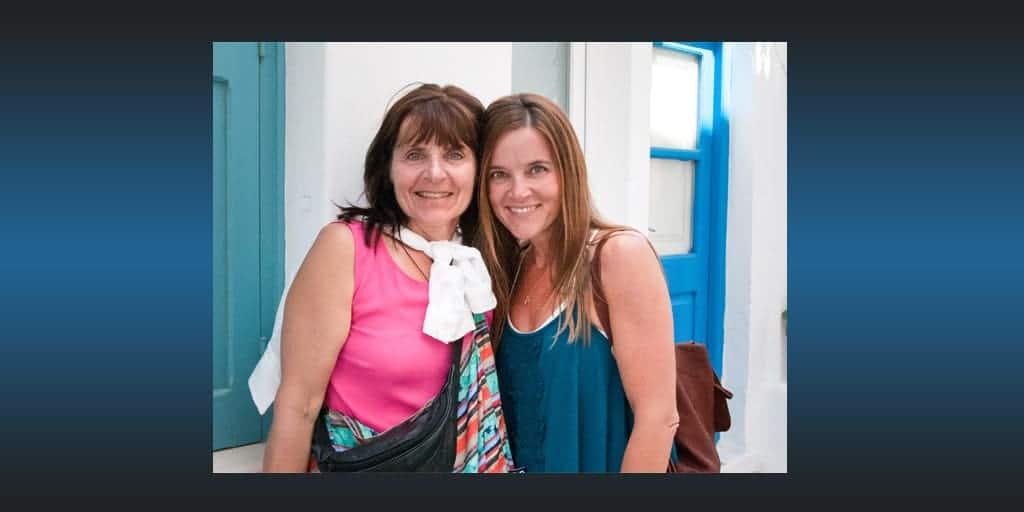 What I Wish Every Father Knew about His Daughter