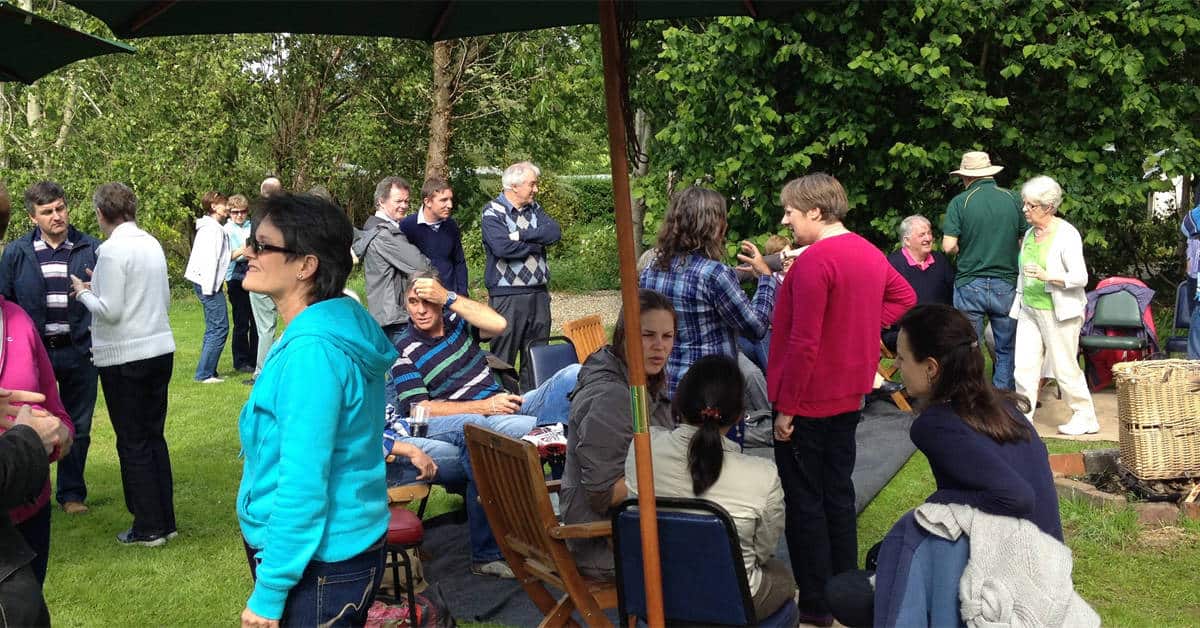 No one thought it was even possible. For years popular wisdom assured Christians that they couldn’t leave their traditional congregation and survive spiritually. So when researchers discovered a large pool of people who done exactly that and were not only thriving in their faith but engaged with other believers as well as the world, they were surprised. It has been called The Rise of the Dones, an incresing pool of passionate followers of Jesus who no longer participate in a traditional congregation and yet are still deeply involved in the life of Jesus’ church as it takes shape in the world.

The research doesn’t surprise me. I’ve been living among those kind of people for the past twenty years and tell that story it in my newest book, Finding Church:  What If There Really Is Something More.

Last week in Loveland, CO I got to sit down with one of the researchers on this project, Josh Packard, and talk about his new book, Church Refugees, which will be released June 1.  You can pre-order it from Amazon, or read the first chapter here.  Let me give you just a taste of it here, though.  One of the stories he tells in the book is from Ethan, who grew up in a congregation, was active in campus ministry when he went to college and then was making a career in ministry bevore finally concluding that the he had to look elsewhere.  This is part of his story:

We kept showing up and colunteering because we felt the church was God’s home.  I don’t think that’s the case anymore.  The church is wherever God’s work is being done, and too often the way we were treated and the things I saw happen in the institutional church to other people just weren’t in alliance with what we thought God wanted.

But here’s the thing:  I don’t think the institutional church is filled with bad people.  It hink the church in America is an inherently flawed structre that comepls people to make poor decisions.  You’re basically judged on how well you can preach and the numbers you bring in.  I realise the church isn’t perfect, and it’s made up of people who aren’t perfect, and I’m not perfect either, but the church needs to see that there are things that are broken about the structure, not the people.

Here’s what the researcher concluded about Ethan’s experience:  “He and his wife didn’t give up on God; they gave up on the instittuioanl expression fo the church. They didn’t stop doing things to advance the work of God; they stopped doing things to advance the work of the church. Their substantial energies and skills are now poured daily into activities and structures that happen completely outside the purview of organized religion. They’ve opted for relationship over structure, doing over dogma, and creating with rather than creating for. In short, they’ve created a new religious home.”

Ethan isn’t alone. My travels and my email continue to show me just how many people there are looking for other expressions of Jesus’ church in the world, and finding them. Tomorrow I play the first part of my interview with Josh on my podcast at The God Journey. It’s a fascinating study that will encourage many who have not found the traditional congregation a helpful place to be.  Hopefully it will open a dialog that will allow us all to discover the church in her greatest splendor.

When You Don’t Get the Miracle You Want, Part 13