It’s an amazing moment when a butterfly hatches from her chrysalis, flexes her wings until they dry, and then takes flight discovering what it is like to be a butterfly instead of a caterpillar.  We get to enjoy this little miracle in Sara’s garden almost every year. But it never happens at the same place twice.

Sometime next month thousands of people are set to gather in a stadium in Southern California on the 110th Anniversary of the beginning of the Azusa Street Revival in hopes of gathering 100,000 people to   call down a great, last-day revival.  This is only the most recent of numerous attempts to get God to act, all driven by “words from the Lord” and interpretations of dreams in hopes that some day “stadium Christianity” will take over the world where gatherings of Christians will replace sports contests in our largest stadiums.

Everywhere I’ve gone on this trip I’ve been asked what I make of all this and if I’m involved.  I’m not. Honestly, I don’t find the prospect very engaging for a number of reasons. Jesus seemed to want us to make prayer a private matter not a public display. He seemed to indicate that praying with 100,000 people has no more power than two or three agreeing in his name.  I also find it strange that the 110th (really, not 100th?) anniversary of a past moment of God’s visitation would be significant to God in any way.  I also find a large crowd of people trying to “call down” revival seems more reminiscent of Baal’s prophets trying to call down their false god, rather than Elijah’s simple proclamation that God simply make himself known as the one, true God. (I Kings 18)

Jesus never indicated that praying in large gatherings would usher in a world-wide revival. He said that when we were loved enough by him to love others in the same way the whole world would come to know who he is. That’s where I want to invest my time and attention.

Thus I am not looking for some great revival as just another “event” that will have it’s day in the sun then fade away like all the others. In fact, I see revival happening all over the world right now.  I see spiritual hunger emerging and tens of thousands of people that I know, opening to God in a fresh way, learning to live in his love and share it with others freely.  Something amazing is already happening that is not controlled or promoted by humanity and yet is filled with the richness of the Living Jesus. I find that much more engaging.  So, no, I’m not involved nor do I have any hope that this event just won’t be another in a long line of prayer meetings, summits, and rallies that smell more of human effort than the fresh wind of the Spirit.

Of course, I could be wrong about this. God might actually be leading them and something significant will happen that day. I’ll be the first to apologize if I’m wrong, but I’ve never seen this kind of thing fulfill the promises of its organizers. It may feel spectacular while people are there, but they will go back to their homes and wonder what it was all about. This is not the way God seems to work.  And by that I am not casting aspersions on the hopes or motives of those who feel inclined to plan or attend these events. For the most part I know them to be well-intentioned people who sincerely want God to do something in our day.  But I am not hopeful that this is the means to the end that they want, or even that the revival they are looking for is very different from what he is already doing in the world to draw people to himself without named celebrities on the stage.

I don’t chase these things around any more than I hang out beside a spent chrysalis hoping another butterfly will emerge. Life happened there once and it will not do so again. When another butterfly hatches it will come from another place, at another time.

Maybe our traditions are simply hanging around old places where God worked once, hoping he will work there again rather than following him to see what he is doing now. How much energy and effort is wasted by those who hope God will do something he did once again and again in the same way and come away disappointed and disillusioned when their efforts bear little fruit?

Maybe God has moved on and life is happening somewhere else. Because, as Jesus said, “My Father is always working.” 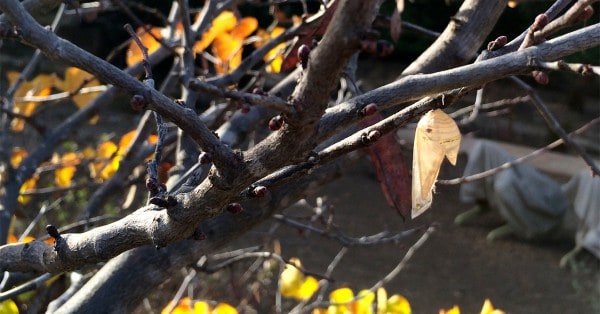 When Life Frustrates You

Engage #19: Life In the Spirit

When Our Prayer Life Changes…

15 thoughts on “Life Happened Here Once”