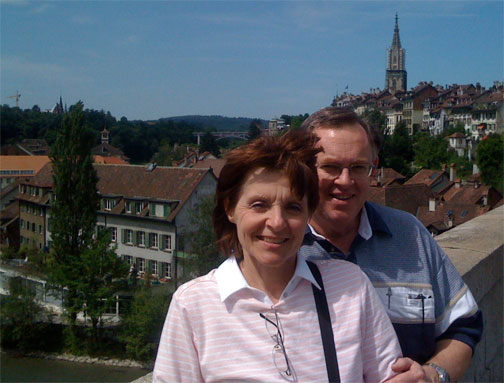 Sara and I left Germany this morning and arrived in Switzerland. The previous day we trained down to the southern border of Germany and were taken on a beautiful drive through the Black Forest. What a great time we had! Then this morning we took a train into Switzerland. That’s us outside the capital city of Bern before we spent the midday touring the city. We climbed to the top of the Cathedral tower in the background for a breathtaking, if not queasy, view of the area.

I had such a tremendous time in Germany. The ‘Jake’ book has become a huge seller there and most people I met with had already read it and were ready to interact with me about its content. I was so blessed by the people I met, the hunger they had, and their openness to follow Jesus instead of the rituals or demands of religion.

I love it that Jesus is stirring a common passion all over the world. It is not being led by any person, but the Holy Spirt is disillusioning people with the emptiness of our religious dogma and practice, to invite us into a real relationship with him. The only frustrating part of the trip was being unable to speak the language and not spending enough time in each place to get to know people as well as I hoped. But I was warmly and graciously received by people all over the country.

Now we are holed up in the village of Vallorbe along the French border west of Lausanne. This is the view out of the home we’re staying in. And what’s more, we actually get five nights sleeping in the same bed! How fun is that? 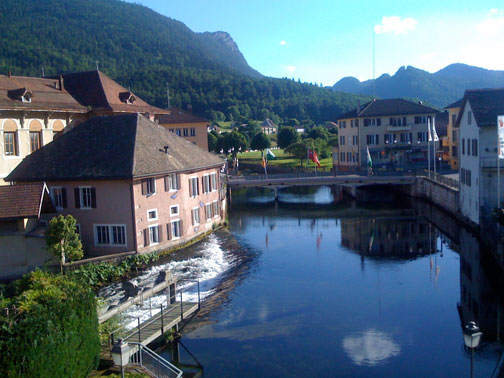 The Food Has Arrived

10 thoughts on “We Have Arrived in Switzerland”