Tell me God can’t touch a world by the simple obedience of people that he can knit together at a moment’s notice!  Does he need extensive institutions that eat up all the money in administrative fees, or obedient people he could bring together to rescue a group of starving people on the plains of Kenya?

As I look back over this story I wouldn’t have seen any of these singular events as the most important thing going on in my life that day.  And yet, God was able to write a story of love and hope that astounds me in retrospect.   This is his church. He can really be its head.  What can happen in this world as thousands and thousands of people simply listen to him and do what he asks of them.  He truly does all things well!
I received this from Michael yesterday:

Dear brother Wayne, greetings in Jesus name, it is very long time without communicating but I thank God for this young man Thomas who has been communicating with you, including updates towards Northern Parts projects.  As you know, this place is far away and the roads are very bad, it needs grace of God, especially the well number two where we spend long time because of the broken down of the truck, we stay on the road some days till we fixed again, but God is good we are now joyful that all wells are covered, and found out last night that well number three is done.  All of us we were so joyful for what the Lord has done.  This is amazing grace.

I have gone many places in East Africa specifically Kenya but I have never served such wonderful people with hunger towards the word of God, thank you very much for all cooperation, also for the addition funds to enable this project to be completed.  So now the dispensary is very big and spacious. We have now the store inside, pharmacists inside, wards for women, Men, labour Ward, resting labour Ward, intensive care unit room, rooms for doctors, room for Nurses, room for staff, room for keeping records and Toilets and bathroom.  This is so great. Those rooms raise more work and funds.

All the work it will be completed next week, we thank God also for our volunteers who have worked tirelessly.  May the Lord bless you so much; send our greetings to all who has stand with us.

Amazing grace, indeed!
Every one of these pictures speaks of the new life springing up among the people in West Pokot.  Don’t miss the last two!  After sending $93,000 in hopes of striking water in three different wells, to see it flow freely brings a smile to my heart. 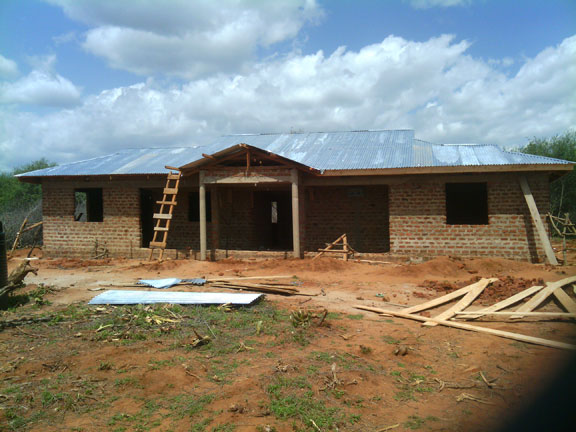 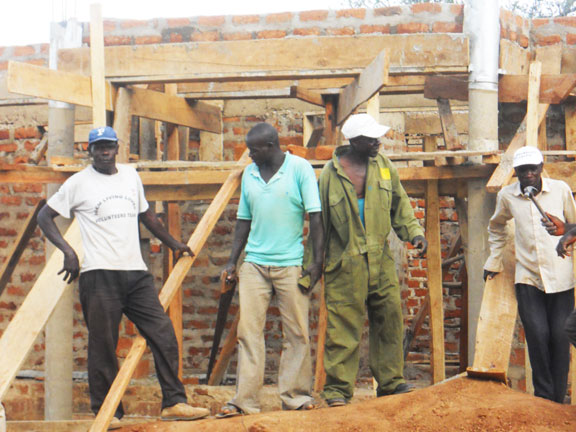 A few of the volunteers who donated their labor 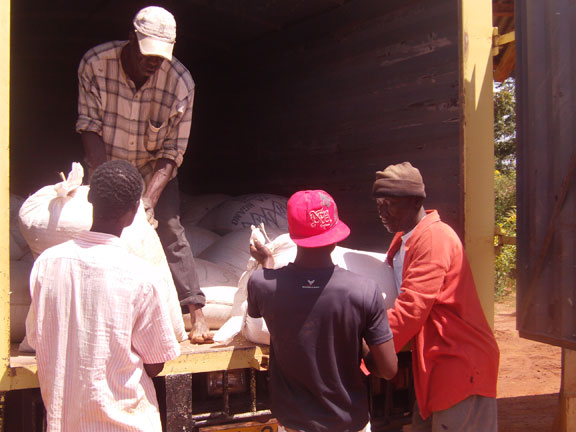 Distributing the maize to feed the hungry 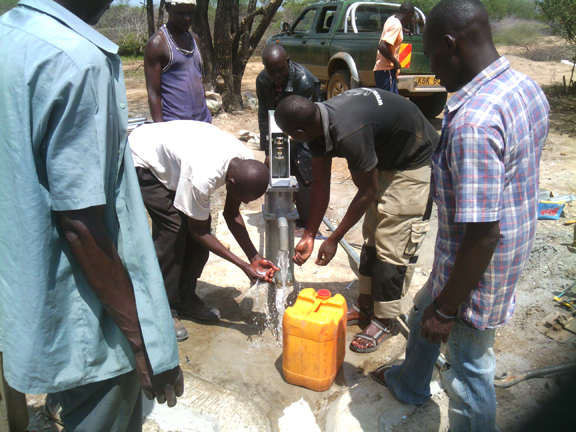 A river of life for the people in West Pokot 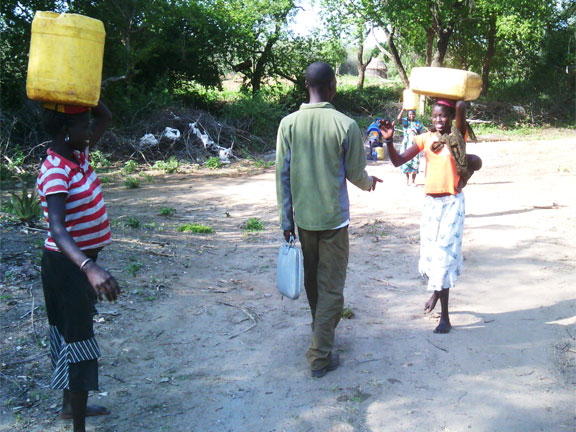 The used to walk 40 kms for water, now they with joy draw water near their own homes

For more information or to contribute to our work in Kenya, see our Sharing With the World page.

The Current Crisis in Kenya: Update

Kenya: Water Flowing in the Desert…

Kenya Update: Helping Others Help Themselves

2 thoughts on “Kenya Update: The Living Water Flows to a People In Need”