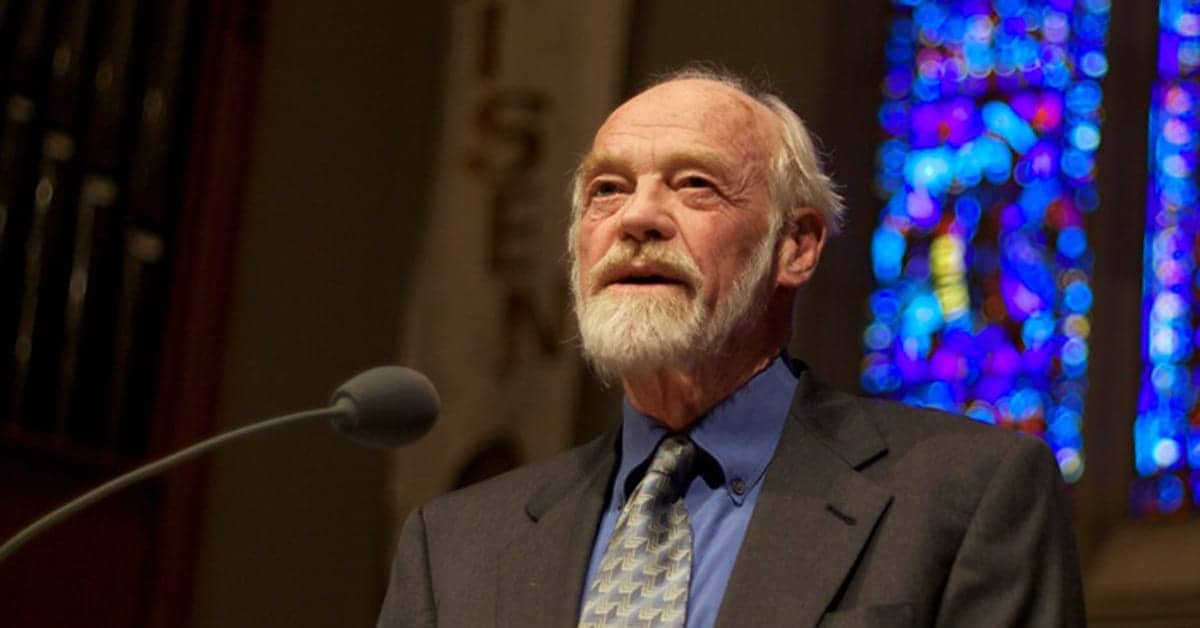 A Man Who Touched Many Lives

I just found out that Eugene Peterson, author of The Message, and numerous other books passed into eternity today. I was touched by many of his books, but even more by his example as a man deeply committed to the truths of God, while remaining a generous and compassionate man in the world.

I had an opportunity to spend some time with Eugene back in the 1980s, and I can truthfully say this: I’ve never met a more genuine man who lived everything he wrote about. I also got to spend some more time with him at his home in Montana after The Shack was published, grateful that his very generous words about that book helped it find credibility with those who weren’t sure what to think of the story. When he wanted some copies of that book, I offered to send him a case for free in appreciation for his endorsement. He refused, wanting to pay for them, telling me he always wanted to support the people he believed in.

I love so many things about The Message and how he expressed in today’s language the power and truths of the Scriptures. It’s a translation I often quote and his expression of “learning the unforced rhythms of grace” is about as good as language gets. One of the funniest stories I ever read was his opening illustration in his study on Jonah, Under the Unpredictable Plant.  As funny as that story was, it ended with this disheartening caveat: “The people who ordained me and took responsibility for my work were interested in financial reports, attendance graphs, program planning. But they were not interested in me.”

My favorite story about him came from a friend who invited him to come and teach at his denomination’s annual convention:

Eugene asked him how many people they were expecting. My friend responded, “Around five thousand.”

Eugene hesitated, finally concluding this wasn’t an invitation he thought he could accept.

My friend was a bit incensed that Eugene didn’t consider that a significant enough audience and let that frustration spill out in a question.  “Just how many people does it take to get Eugene Peterson to speak?”

“I’m sorry,” Eugene answered, “you misunderstand me. I have discovered I’m most effective in a group of twenty-five people or less. If you can get a group of that size together, I’d love to come.”

My friend was shocked and couldn’t understand his answer. I do. The most effective learning environment for everyone is in a group that size.

I am so grateful for this man’s life, his wisdom, and most of all the depth of his character. He will be missed here, no doubt, but he now has presence in the fullness of Christ for all eternity. Well done, Eugene. You’ve enriched the world by your presence here.

And I’d love to know what he knows now.

When You Don’t Get the Miracle You Want, Part 13