I’ve been trying to write an update from Australia for the last week, but just have not had time. Every day has been packed with people and the opportunity to explore their hunger and passions. And now I’m overwhelmed to even try. This has been an incredible adventure in all the conversations I’ve had with people who are hungering to live loved and share that life with others in relational ways.

There’s no way to sum that up today. I started in Toowoomba at the invitation of the pastors in the city, getting to talk with them one morning, and then with a room full of people over the weekend. It was a large conversation, but I think God was able to unveil himself through it. I even had time to share at Teen Challenge with some of the young men just sorting out their lives. Unveiling a loving Father was something so foreign to them but so freeing as well. Then in the Gold Coast and Adelaide we continued conversations with people who had read or heard things I’ve been part of. A recurring theme has been helping people who have been overwhelmed by depression by trying to live out the dictates of legalism and religion and how God sets people free from that. The personal conversations on this trip have been even more incredible than the group dialogs. I love that.

Now in Sydney that time has continued to unfold. Friday night and Saturday we had another large group conversation and watched God just invite people into his life and freedom. Relaxing into God’s reality, seemed to be a recurring theme. We try so hard to attain what God simply wants to give. Learning to respond to God’s giving instead of striving so hard to get him to give us what we want is the only way to live. But it takes some time to learn that.

Then last night I sat with a small group of people over dinner who have recently come out of a highly-structured and tightly wound mega-church in the area. As they shared about all the ways their need for approval had been manipulated by the leaders of this congregation, and how many “ministers” from America had come here with their pompous demands for their personal care and how the people here were trained to satisfy their every whim was at quite sickening. But as the stories unfolded it got increasingly hilarious. And instead of the conversations leading to greater pain, the laughter seemed to heal and affirm what God had revealed to them as the celebrated the freedom God brought them. We laughed late into the night and had to finally tear ourselves away so people could go home.

What a conversation! What joy I have in finding new found friends here in Sydney. It has not been easy to move on from any of the places I have stayed here, but I go to a different part of Sydney today to see what God is doing in a more traditional congregation and then I get to spend a day with a long-time friend from down under, before boarding the big bird for home.

This has truly been an amazing trip from the first people I’ve met, until now. I am simply overwhelmed with joy at the people I get to meet and share in the work Father is doing in their lives. 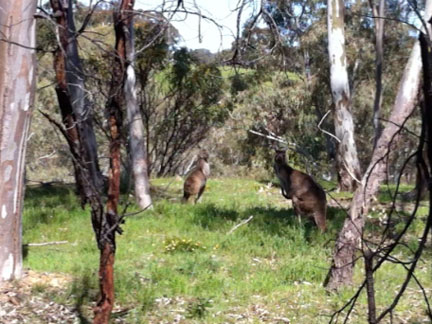 ‘Roos in the wild near Adelaide 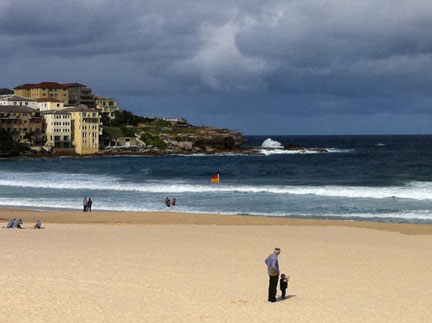 Your Help Is Hurting! (Kenya Update)

14 thoughts on “Update from Down Under”