I am finishing up my time in Europe and am ready to leave for home tomorrow. It has been a spectacular time, first with the family God has given me celebrating our anniversary. We saw so much together, laughed so hard, and enjoyed each other. Sara and I agreed that these days were some of the most enjoyable of our lives.  Then I went to France to gather with some “friends and friends of friends” to share God’s life. We had people from France, Ireland, South Africa, the U.S., England, and I’m not sure where else. What great days, so encouraging and stimulating.

For the past five days I’ve been in the south of France near Nimes, through five days of conversations about our life in Jesus and how he invites us into the new creation of a live well loved instead of negotiating the demands and obligations of religion. They have been so warm and responsive and it has been such a joy to watch God warm hearts and stimulate journeys that have been wearied by the false teachings of religious performance. I am reminded again how much God’s work has continued to shape in my own life and how differently I think and live now than I did twenty years ago.  I would not trade this way of knowing him for anything.

Throughout the whole trip I have visited many religious buildings where at great expense and time people have tried to create buildings worthy of God, when the only temple he desires to live in is us, and the only one he wants to build is his church as he invites us to love others as we’ve been loved. While the buildings are magnificent in beauty and engineering, they have not helped those who frequent them know God as intimately as he desired.  He cannot be found in buildings, no matter how ornate.  If he is more real to you in a Cathedral than he is in your own home, you have missed the most powerful lesson of the Incarnation—God is with us in our world, every day, every moment.

I’ve also visited many places where protestant Christians were imprisoned and tortured by the all-too-easily threatened Roman Church. It’s horrible what they did in the name of God to those who sought to follow Christ without following Rome. Obviously they did not know God or his love.  Yesterday I was at in Aiques-Morte a walled city built in the 13th centuryby Louis IX at a French seaport on the Mediterranean.  The Tower of Constance (pictured above) was a garrison when it was built was converted to a prison for Protestants in the 18th century.  Perhaps the most well-known is Marie Durand, who engraved the word “resister” (below), which in English means resist, into the edge of the well and it can still be seen.  Along with as many as 200 other prisoners she had been imprisoned from the age of 15 until she was freed at 53. Despite the power of the Roman church in her day, she knew the glory of resisting what is false to embrace what is real and that to submit her conscience under the threat of torture would deny her the freedom Jesus purchased for her. 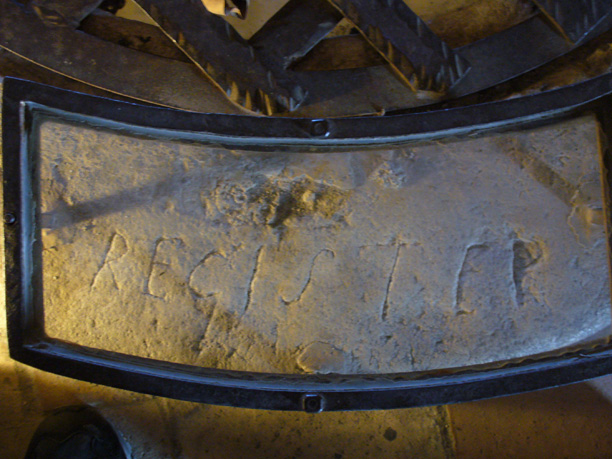 She knew resistance is not futile. It is necessary and because so many like her refused to submit to Roman torture, God’s glory grew in the world. In a day when people find it difficult if friends and family judge them for following their freedom in Christ and not conform to religious demands of our day, it was a great encouragement. Yes it is not easy being judged by those you love, but it is still a far cry from being imprisoned for resisting religious leaders who have not a clue who God is.

An Open Letter to the Persecuted Church

A Busy But Wonderful Season

4 thoughts on “Resistance Is Not Futile”