What an amazing trip this has turned out to me! Each day in our conversations I’ve continued to invite people into a real love relationship with the Father and unraveling the knot of religious performance and ritual that robs us of that relationship. Father has simply invited us to live in the increasing revelation of his love and in so doing we find ourselves growing in a relationship with him that spills over in our loving him as well as loving others, both believers and unbelievers alike. That is all Jesus needs to spread his life in the world.

The real gospel of the kingdom is not best unveiled in the religious straightjackets that we’ve inherited over the last 2000 years. We continue to trade the joy and beauty of a relationship with the Father for a religion we called Christianity, tricked into thinking they are the same thing. As with most countries, religion is rampant in Kenya, but here it is more formally organized in hierarchies of apostles, archbishops, pastors, and elders who compete for influence and control. Unwittingly they subvert the headship of Jesus by taking his place in the lives of believers, rather than seeing their gifts merely as functions to help others learn to follow Jesus.

What has surprised me is that the people here have been so overwhelmingly enthusiastic in embracing this truth with a willingness to separate themselves from their religious practices. They are so hungry for a real relationship that they are willing to risk and repent of the status quo. I’m honestly shocked watching that process unfold. As I’m speaking I see looks of concern when I’m plowing new ground, and then watch the light bulbs come on as as they realize this really is what Jesus talked about We’ve plowed deeper here in the first week than I thought I would through the whole trip. God has touched so many with a passion to know him and let Jesus be the head of his church, instead of relying on human effort and authority.

What a really freak day today was! Kent wasn’t feeling well, so I went alone to a gathering of Christians in a slum. This was the poor of the poor, people whom God loves deeply. Also many of the people who had been to the conference came as well. The room was a crumbling brick structures with no doors or windows, just openings in the brick. It had a dirt floor and no electricity. Even driving in was a bit freaky because as the only white guy in that area the people were pointing at me and the children were screaming at each other to look. They wanted me to speak to them and God just opened up the heavens and poured out his love on them. I can’t even begin to explain what happened. It was Acts-like. As I spoke God’s glory fell in that makeshift meeting place. People began to weep as their hearts surged with the recognition that they had lost their sense of who he was in all their religious practices. Some of their sharings after were so rich with a change of heart and mind.

I said things I’ve never said before as God just opened up fresh insights into his grace. Writing about it now brings tears to my eyes. As I spoke, I found myself moving through the room and touching people and blessing them in the name of the Lord and speaking words of life and grace and love into their hearts. Little kids and old men responded with passion and joy. It was the most strangely, glorious meeting I’ve ever been involved in. God seem to put some very difficult things before them and they grasped them with joy. I know they don’t have a clue what the implications are of what God has begun, but I was wonderfully touched by these people and their raw openness to something so new to their thinking. It was awesome. And while I was sharing, a sheep appeared at the doorway next to me, peeking in to see what we were doing. Hilarious!

We have finished now in this section of Kenya and are moving further out into a more primitive environment with an even larger group of people. We’ll see what God does there. I am having a hard time, however, convincing them that what is happening is not the work of Wayne or his teachings; it is God pouring out himself on them. They continue to thank me and are begging me to come back for a longer time and do stadium events because so many people in Kenya have no idea about the Father’s love. I keep telling them that their hope is not in a man nor in a teaching, but in them letting Jesus teach them how loved they are by the Father and letting him come out of them. 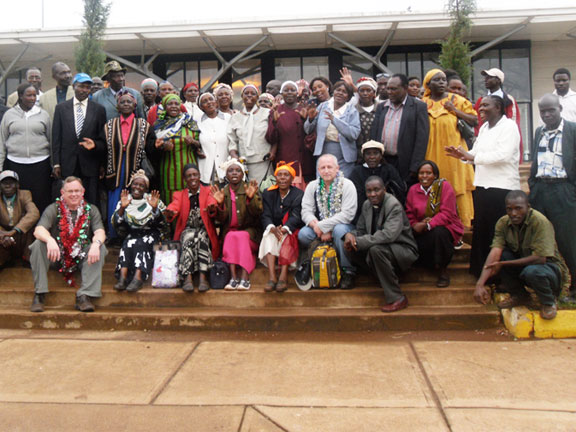 Our exuberant welcome at the airport in Eldoret 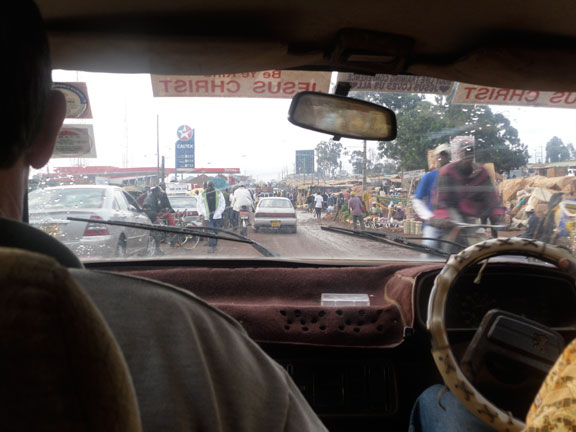 Navigating the streets of Kitale. 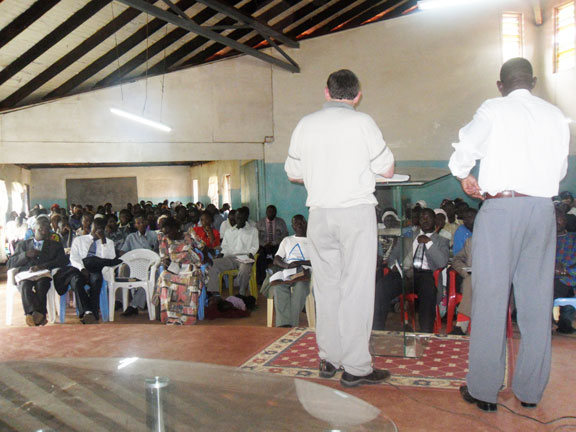 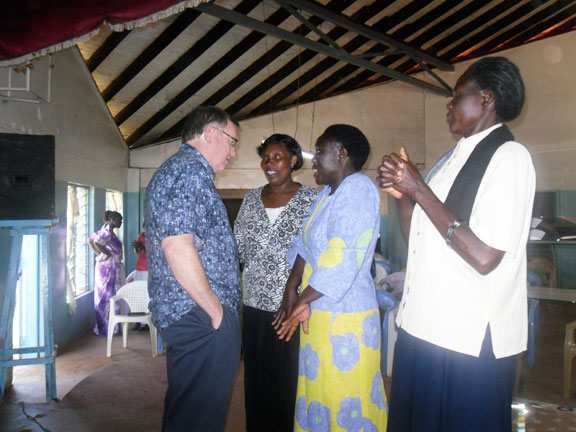 Talking to some of the women about the violence they suffered during the tribal conflicts. 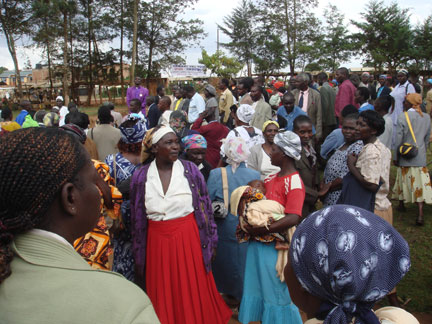 People fellowshipping during a break time outside the Kitale meetings 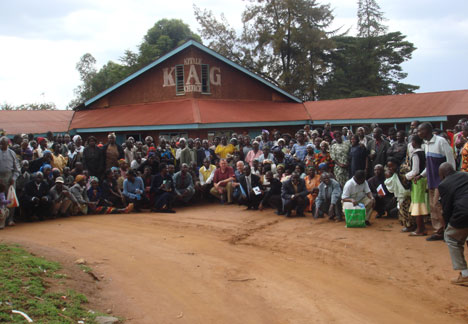 Who are those white boys in the center? A group shot of the Kitale meetings 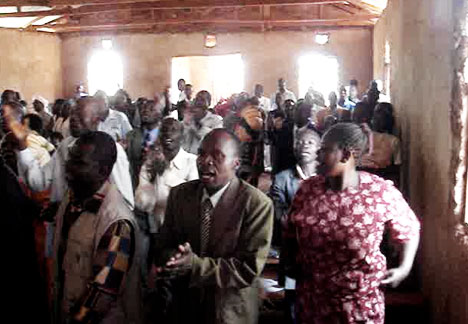 The people gathered for our Sunday morning gathering 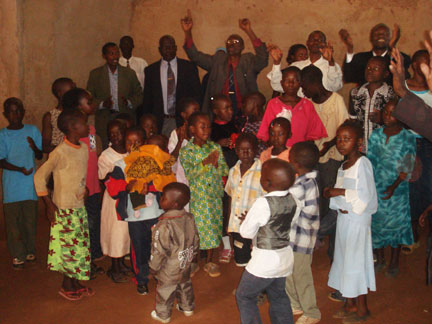 Children singing with joy, with the brothers from Uganda in the background