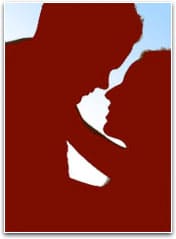 This is the exchange I had with a young wife and mother struggling with her husband’s addiction. I think it is important for all sides to see how this is not some victimless pursuit and how couples can work together to sort through the bondage and find freedom.

This is the email I received:

Have you any resources that you would suggest or articles or could you address this subject some how on your site or something? Pornography addiction. I am struggling with hurt and I do not know who to go to. My father has struggled with this, I think my brother has, and my husband is struggling. I don’t understand it and it hurts. I think God has really used it to teach me about forgiveness and this is good, but it is hard and I don’t know who to talk to. In the past in our institutional church this sin was yelled about from the pulpit and people were condemned and yet no one talked about it. There was never any help offered or anything. It seems to be a much bigger problem than I ever realized and all these men are believers.

Here’s how I responded at the time:

No I don’t have anything on my website about this, but perhaps I should. Probably 60–70% of guys I know (and that includes men who are serioulsy trying to follow Jesus and walk in his righteousness) have struggled with this at some point in their lives and all the more because of its easy availability on the Internet. It was one thing when a guy had to go into a store to buy it and risk being seen, plus hiding it at home, but quite another when it shows up unsolicited in your email box every morning. This is a really, really tough temptation and requires tons of prayer, usually a helping relationship from someone who understands the struggle, and an aggressive, growing relationship with God to displace the temptation itself.

I know this probably won’t sound like it helps at all, but a husband’s use of pornography isn’t personal. A man can be madly in love with his wife, care about her deeply, be turned on by her and yet find pornography an easy addiction to succumb to. This is where society has really conspired against people getting whole here. The pressure on women to compete with fantasy images is unbearable. And, because women are wired so much more differently they see pornography as a personal betrayal when the man is not thinking that way at all. They think men turn to pornography because the wife is inadequate either visually, physically or sexually. Let me assure you that that is rarely the case.

For a man it is the catalyst for a cheap, momentary sexual thrill, and not much more. Men are easily excited sexually by visual images and pornographic writings. Whatever turns on their fantasies (and it differs greatly even among men) is an almost irresistible draw, sometimes multiple times throughout the day. I think it is like overeating or shopping or whatever else tempts you regularly. You can say no to the desire often throughout the day, but it is impossible to do throughout the entire day without major intervention by Jesus.

And you’re right, there is little written that helps a man find a grace-based freedom from this bondage. Pressure, condemnation and guilt actually only increases the bondage. Strange, isn’t it? The dirtier they feel, the less they feel capable of struggling with it and the less inclined they feel to draw near to Jesus. It is easy to think their failure is proof that they don’t love him or aren’t committed enough. But without the closeness of relationship, the bondage will only grow deeper. Even the anger or hurt of their wife, won’t alone be enough to turn the tide. And if a man is feeling like a failure at work, or as a husband, or is depressed about what God isn’t doing in their life the temptation becomes all the greater. Pornography provides a cheap, easy sexual thrill during the day and it usually doesn’t mean much more than that to him. Except, however, for the believer who finds the guilt of failure, deep and unrelenting.

What can you do?

You will need help from the Lord not to take your husband’s bondage to visual stimulation as a rejection of you personally, or that he wants someone more attractive. That is rarely, if ever the case. You can live in freedom about yourself and your relationship even if he never finds the victory he craves.

If he wants you to share this journey for healing with him and he with you (and I don’t often recommend that wives do this because it is usually incredibly painful for them), then this is something you’ll want to pray about regularly together, not by focusing on the sin, but by focusing on Jesus together. Finding healing that endures from this temptation only comes when God’s presence becomes so real that the dark desires it serves are displaced by his presence.

What would be valuable is communicating together about your own sexual relationship. Talk about frequency, fantasies that you can play out in the bedroom together without debasing yourselves or the gift of sex as God gave it. Having a healthy, fun, sexual relationship together can help expose pornography as the cheap illusion it is. In time he needs to see that he is robbing you of the sexual energy he would bring to the bedroom by playing it out alone.

Pray for him, and find ways to encourage him as a man of God, even with the struggle he’s in. The more he’ll see himself as God’s child, the less he will need to give in to the temptation.

What can he do?

I thought I would just add this, even though there is no way you can, or even should, try to get him to do these things. When he is ready to let the Lord have this, he will want to find a process that brings him into freedom.

He needs to pursue relationship with Jesus in the midst of his bondage, and do not see this bondage as a barrier to relationship. Relationship will free him from the bondage, it is not the reward for him finding his own freedom. Jesus knows how strong our sexual urges are and he has grace enough to hold us in our failures while he rewires in us what finds release in cheap sexual thrills.

He needs to lean into Jesus and aggressively hold his bondage to pornography before the Lord. Each day, perhaps multiple times per day, he can say to God, “Father would you displace in me what draws me to this sin. Would you become so real in my life that I will no longer succumb to its temptation.

He should never give up saying ‘no’ as much and for as long as he is able. Sexual temptation seems to have a spiraling effect. Like illegal drugs, the more you give in to it, the more you want it. Reversing that trend by relying on Jesus is very important.

Finding another brother with whom he can honestly share this struggle is also important. The point here is not accountability but support and encouragement to help him think the way God thinks about pornography and find the true, deep and abiding freedom. It may take some time, so don’t grow impatient with the process.

I don’t know if any of this helps. As I finished this I want you to know that this is the first time I’ve ever tried to write on this, though I have had hundreds of conversations with men about it. My thoughts may not be as clear as I would want them to be, but I may keep working on this over time and eventually post it on the website somewhere. So, if something doesn’t make sense, please ask me, because I may be nuts. This is something worth discussing, however, because it is a trap that affects many lives and marriages.

The Struggle for Sexual Freedom