My good friend in Tulsa, Tom Mohn, says that betrayal is one of those amazing things God uses to shape his life in us. I know it doesn’t feel like it. It more likely feels like the end of the road when someone you love, and who you thought loved you, decides his own word is meaningless, and you are of less value to him than what he can gain by lying to you or lying about you. Most often it takes both.

I’ve gone through this with three different people in my life and it is the absolute worst. The first time cost me everything—my involvement with a congregation I’d helped to plant, my salary, my health insurance, my reputation in a community, and countless friendships I treasured—and this was all two weeks before Christmas in 1994. I wasn’t offered a dime of severance pay, just an avalanche of lies about my family.

I wish I’d known Tom back then and had seen more hope in what was going on, but those days were the darkest Sara and I have every experienced. We thought we were following Jesus in it all, but we weren’t sure. Maybe we were as independent and rebellious as others said we were. I remember telling God if we were, then shout it from the rooftops. Let everyone know including me, because I only wanted to follow him even if I was proved wrong.

I know Jesus said that such times are an amazing blessing in our lives, but to get there you really have to think with a deeper mindset than your own physical comfort.

You’re blessed when your commitment to God provokes persecution. The persecution drives you even deeper into God’s kingdom. Not only that—count yourselves blessed every time people put you down or throw you out or speak lies about you to discredit me. What it means is that the truth is too close for comfort and they are uncomfortable. You can be glad when that happens—give a cheer, even!—for though they don’t like it, I do! And all heaven applauds. And know that you are in good company. My prophets and witnesses have always gotten into this kind of trouble.  (Matthew 5:10-12, The Message)

I know that sounds like crazy talk. It did when my dad read those words to me a few weeks into my betrayal. But, I began to let them sink into my heart and began to count myself blessed even when it didn’t feel like it. I found a way to rejoice in the fact that people had lied about me and thrown me out because I was seeking to follow him. And it became true that going through that betrayal opened some incredible doors that Sara and I have treasured for the last quarter century. The betrayal of our close friends drove us deeper into God and our freedom from a human-centered view of ‘church’ allowed us to begin to taste the Church that Jesus is building in the world.

So, now I do know that betrayal is not the end of the road. It hurts, most certainly. And unfortunately, it is a common theme in human history and the biblical record. Abel knew it, so did Joseph, David, Jeremiah, Paul, and many others including, of course, Jesus himself. No, that doesn’t justify the acts of the betrayer, but I prefer to leave them in Jesus’ hands, where they are best served. I don’t know what goes on inside someone that allows them to make those kinds of choices, nor the consequences they suffer for putting money, power, fame, sex, or the illusion of safety above love and friendship. I do know how living a lie warps you from the inside in some horrible ways and it makes my heart hurt for them.

A number of years ago I had someone else steal a significant amount of money from me by not honoring an agreement we had made together. Even reminding him of our agreement only provoked his anger. In the aftermath of that encounter Jesus told me to let it go and he would make up whatever I had lost. Fortunately, I did and he proved faithful in all he promised me, and more.  I am so grateful I followed him rather than demanding what was rightfully mine.

So, if you’ve been betrayed by someone, invite Jesus into that pain. He understands. He’s been through everything you’re going through and much more!  He is able to work beyond the failures of others and to continue to let grace have its unfolding work in our hearts. Betrayal may close some doors, but it also opens us to other opportunities we might have missed otherwise. Getting through betrayal with Jesus also changes something deep inside us so we are tuned more compassionately to the needs of others and the value of being a faithful friend. 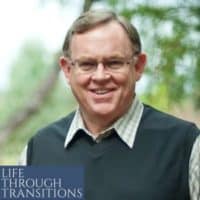 This all comes up because I was interviewed a few weeks ago by Jon DeWall of Liminal Space. He does a podcast about life transition and wanted to hear my story of betrayal and how Sara and I managed to get through it alongside Jesus. It dropped last week and I wanted to let you know it was available if you wanted to listen to it.  You can find it on their website or these podcasts outlets:  iTunes, Stitcher, TuneIn or Google Play.

Even if you don’t listen, when you find yourself being betrayed by someone close to you, just remember Jesus has a way to walk you through the pain and into wider pastures than you ever thought possible.

A Fork In the Road

5 thoughts on “Betrayal Is Not the End of the Road”