A good friend of mine, Jack Gray, passed away last week. That’s him with his wife Margaret alongside Sara and me when we first met them in 2004. Many have heard me talk about Jack over the years. He was born in Scotland, served as a missionary surgeon in the Congo at the time of the revolution, and then lived out much of the rest of his life in New Zealand. I had numerous opportunities to correspond with him as well as visit him twice.

Though I came to know Jack late in his life, his life, character, and passion deeply inspired the trajectory of my own journey. He was a man of profound wisdom, gracious generosity, and a joyful spirit that touched many worldwide. I miss knowing he is in the world, but grateful that he has reached the gateway for the most incredible adventure any of us could take—an eternity in the presence of the Jesus he loved and a reuniting with his beloved wife. He was a remarkable gift, and it is all the better for having had him among us.

Advancing age tests the mettle of a person. Some grow more loving and tender, while others become more fearful and angry. When Dave Coleman was a hospice chaplain, he told me it was his experience that 80% of Christians were afraid or anxious about facing death. I have had three close friends and “older brothers” pass away in the last eighteen months. In their 80s and 90s, they were all men whom Father’s love had sweetened over many, many decades. It’s impressive to see what living at rest in the love of Jesus does to someone’s character over time and how it is reflected with such tenderness and confidence at the end of their days.

Jack turned ninety-nine this past February. He recorded this video a couple of weeks before he died last week. It reveals those things most in his heart as the veil between this life and the next grew thinner. 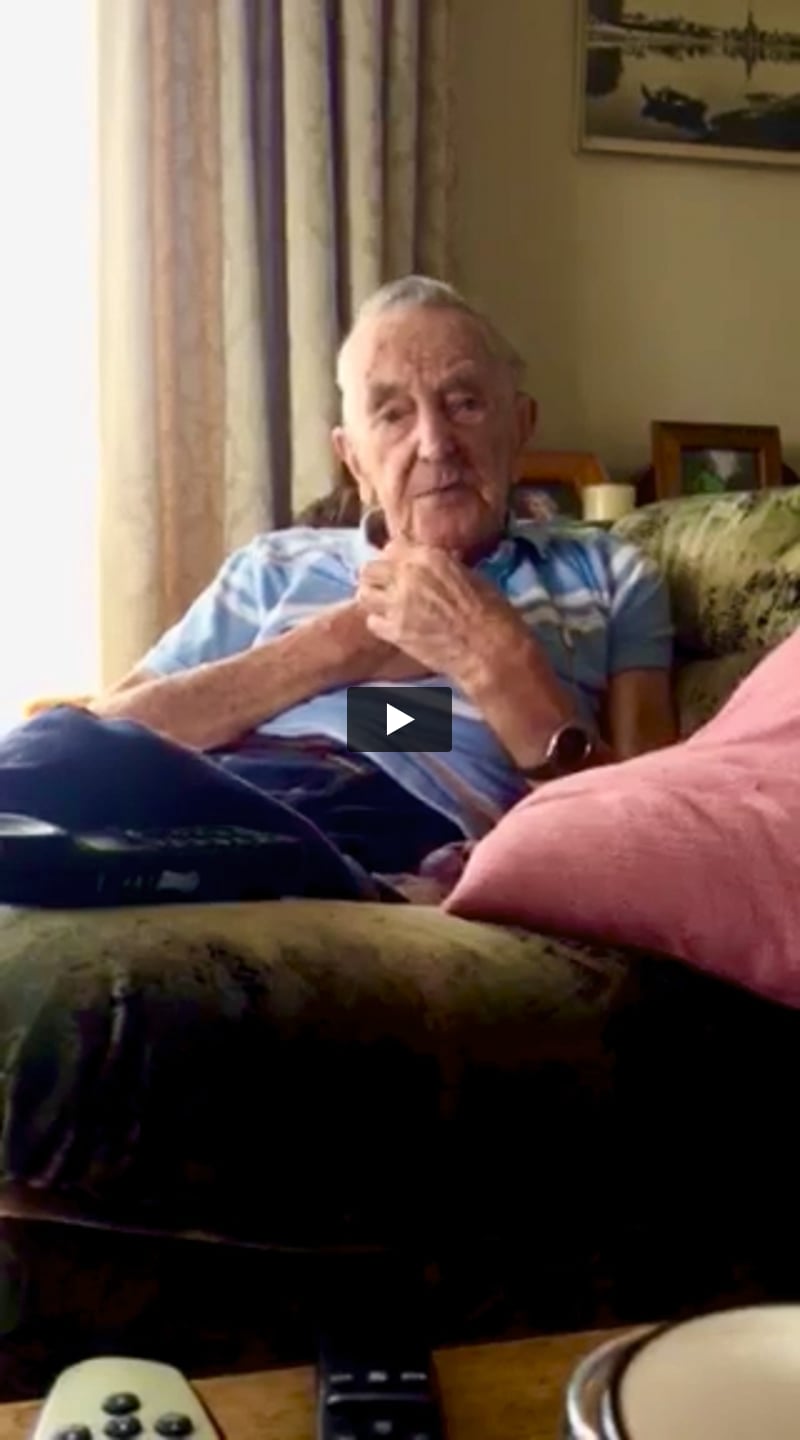 After his days in Africa, Jack began to find his rest in the Father’s love. He was expelled from the country during the revolution and told me he was home in Scotland in deep depression because he had failed God. “How had you failed God?” I asked, incredulous at the thought. He said because God sent him there, his faith was not strong enough to stop the revolution that got him expelled. In time, he came to see how that thinking was wrong in so many ways and thus began his encounter with a Father’s love that transformed him over a lifetime.

Jack was one of the heroes of the faith, and his life touched many people as a surgeon, hospital administrator, friend, and passionate follower of Jesus.

I have another video I’d like to share. It came to me on the same day that Jack’s did. This is from Ukraine and it’s by a man whose family I met and whose fellowship I enjoyed when I was in Kenya in 2019. Here’s that video, which shows how they are coping with this conflict by serving others. I hope these days of war and torment will spark a similar journey in them to discover a Father bigger than their expectations and a love more significant than their unanswered questions. I pray they, too, will be able to grasp how wide and deep the Father’s love is for them even in such horrific days.

God can hold us in any storm and help us endure the most excruciating trial until his glory comes—whether in this life or as we pass on to the next.

If you want to listen to two podcasts that I recorded with Jack Gray, you can do so from our archives at The God Journey.

If you want to help Misha and his team in Ukraine, you can pray for them and help by raising funds as they coordinate relief efforts for travel, housing, food, and basic necessities. You can help them at the Reliant fund:  https://reliant.org/ukraine.relief.fund

The Security of Father’s Love

Engage 24: The Adventure Of A Lifetime

A Heavy Heart for my Friends in Ukraine

Lifestream #1: How can I live every day in Father’s love?

6 thoughts on “Love Seasoned over a Lifetime”